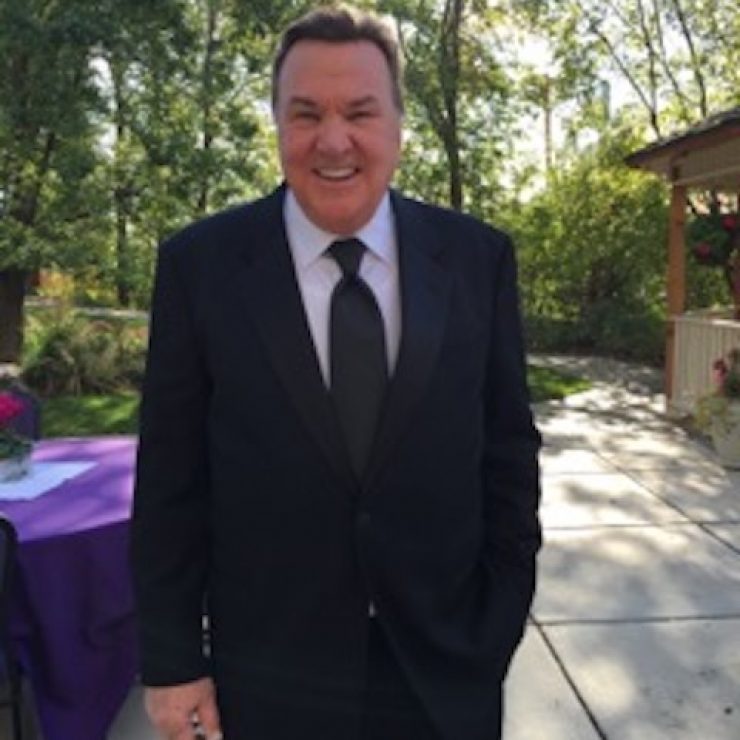 Tom Welch has always had a front row seat to growth in his professional career.  He served as Executive Vice President and General Council for Smith’s Food and Drug seeing the business grow from 6 stores to over 300 taking it to a $3 billion company before the millennium.  Tom left Smith’s to focus on and become President and key architect of the successful 2002 Salt Lake Olympic Bid effort.  During this time, Tom was called to the board of Maverik Inc, later being named Chairman of the Board for Maverik and served as President & Chief Adventure Guide (CEO), an FJ Management company, doubling Maverik number of stores and quadrupling their profits during his tenure.  Tom is a legend, he lives his life legendary, never ordinary.

As Student Body President, Tom connected with students and the community, bringing a charge of inclusivity that welcomed fraternities and sororities to campus, Robert Kennedy US Presidential candidate and the Black Caucus with a message “Come be a part of our campus; Have a voice; and fight for change but do it respectfully within the system.”

Tom has never forsaken Ogden roots. Throughout his long and luminous career, Tom has remained committed to the growth of Weber State, assuming a number of university-related leadership roles including alumni president, WSU Athletics Association executive committee member, and WSU Trustee. Tom orchestrated a charitable gift that helped finance construction of the Wattis Business Building. He was also instrumental in rallying support for a permanent alumni building. When requested, Tom graciously lends his expertise to the John B. Goddard School of Business & Economics advisory board.

A graduate of Ogden High School and Weber State University, Tom Welch directed Utah’s
effort to land the Olympic Winter Games and
remains influential in the state’s sporting
landscape. In 1985, Tom accepted the request
of Utah’s governor and Salt Lake City’s mayor
to lead the bid for the 2002 Olympics. The
quest ultimately became successful in 1995, when the International Olympic Committee
awarded the bid to Salt Lake City. The
outcome was a major boost to the perception
of the state, bringing the attention of the
world to Utah. Tom persevered through two sets
of campaigns with the U.S. Olympic Committee
and the IOC before the bid was awarded. Salt
Lake City fell four votes short of landing
the 1998 Olympics, which went to Nagano, Japan. As Tom
said later, “We’ve
been through a lot. But believe in this.” In contrast to other Olympic hosts, Utah’s legacy features sustainable venues, with the design
and construction
of winter sports facilities remaining viable for
recreational use and hosting
competition at all levels.
About a year after winning the bid, Tom said in one
interview, “I’m just one
man among thousands who want to make this work. These will
be the ‘People’s Olympics.’ The challenge for people today is to invest for future generations. That is what we’re doing. We said to the people of Utah, ‘Invest. Build for tomorrow. And they have responded.”
The late Norm Bangerter is among many people who have influenced Tom. “We lost this past year (2015) a man I respect and love, who had a lion’s
heart; an unselfish vision for the future and one who never gave up on causes he
believed to be
right, or on his friends,” he said.  During the bid process, Tom was instrumental in bringing 26
national and
international sporting events to Utah, exposing to the world
the state and
giving thousands of Utahns an opportunity to witness world-class athletes, even before the Olympics. Further impact has been registered in tourism, ever since the awarding of the Olympic bid in 1995.
In his role with Maverik, Tom has extended his impact with
the company, sponsoring the naming rights of an arena in West Valley City
that is home
to the Utah Grizzlies hockey team and other events, and of
Utah State
University’s football stadium, with major renovations being undertaken in Logan in advance of the 2016 season.

For his service to the community through grocery and convenience stores, Tom has brought together retail service people including food handlers and meat cutters through labor negotiations to find the “win-win” for the business and benefit of the workers. He has strategically positioned store locations with an eye for growth in development across the western part of the US.

Tom is the proud father of six children, their spouses and soon to be 20 grandchildren. He is married to Lauri Welch. He enjoys partnering with fellow visionaries of the community, getting out in the great outdoors and tending to his yard.