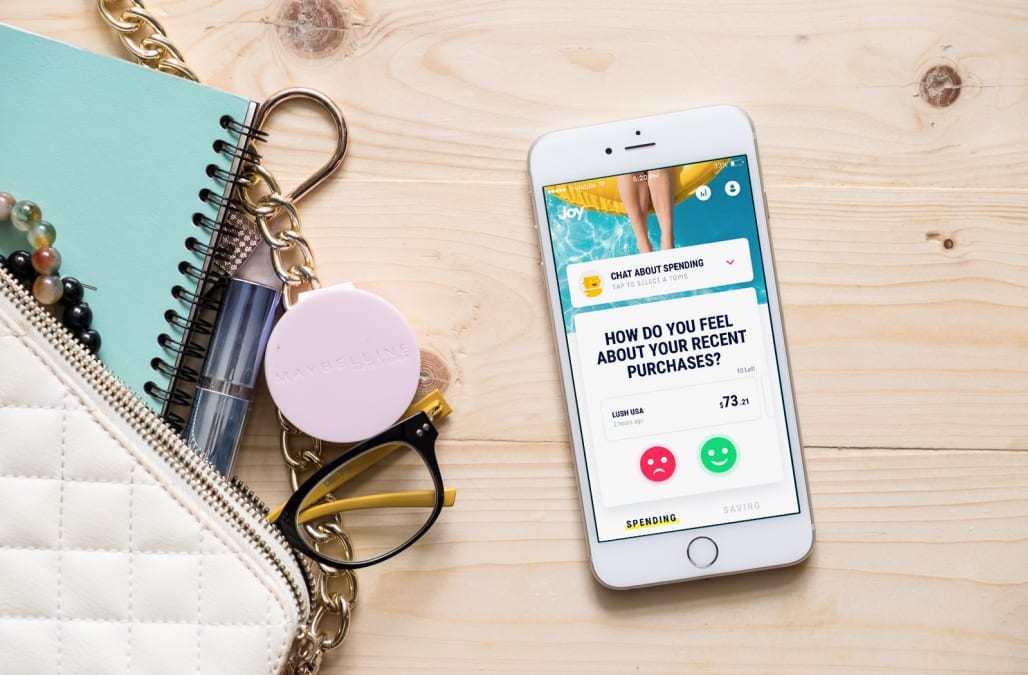 It’s a question as old as time — does having more money really make you happier?

In short — yes, but perhaps not for the reasons you may think.

Dr. Elizabeth Dunn, author of ‘Happy Money: The Science of Happier Spending’ and Scientific Advisor at financial tracking app Joy, is spilling the beans on the truth between having money and being happy.

One way that Dunn and Joy tracked the correlation was by analyzing people’s satisfaction and overall happiness when spending money across specific categories and vendors.

The most common, though unsurprising, way of spending money that correlates to happiness? When people spend money on other people:

“It can actually provide more happiness than spending on yourself … I’ve been arguing this for a while, we have a lot of studies showing it but this is something we’re seeing popping out in the data from Joy. It’s nice to see it independently confirmed from that data that when people are spending money on charitable giving, they rate it as being a really pleasurable experience.”

Whether through gifts, charitable donations or any other sort of spending that may fit into that category, it’s safe to say that giving back just flat out tends to make us happy, as the Joy app found that the ‘Giving To Others’ category correlated with 85.5 percent of happiness amongst users.

Another way people find happiness through spending? Spending money in ways that essentially buy back time:

We see there’s also data from the Joy app that the particular way of buying time that seems to be really effective is laundry services. Laundry services rate super high in terms of people’s happiness … it’s something that frees you up to go enjoy your time.”

One great way to combine the two? Dunn suggests gifting someone laundry services:

“It’s an overlooked gift category — you don’t think to get someone laundry services as a gift … paying for a little bit of help with laundry could be a really cool gift that people don’t necessarily think of.”

The Joy app also found that an astounding 92.4 percent of people reported feeling happy when spending money in the ‘Future You’ category, with the highest percentage of happiness in this category being putting money towards Savings (97.2 percent.)

But how does happiness correlate to money when it doesn’t come to just spending it, but rather, how much money one makes or has?

The easy answer, of course, is that having more money in the bank equates to more overall happiness, something Dunn says is a hard “fact.”

But such a broad question can only be answered using a broad spectrum — the more granular you get, the more difficult connecting the two becomes:

“The really interesting distinction comes in where when people are asked to rate their life satisfaction (looking at your life, how satisfied are you with your life?) The more money you make, the more satisfied with your life you’re likely to be. However, when you instead ask the question by looking at people’s day-to-day positive and negative emotions, then the relationship becomes much weaker.

When people are making — I don’t want to overemphasize the number because it varies in different regions — a good, solid middle income like around $75,000 (per year), additional income doesn’t have any bearing whatsoever on how much people laugh or smile on a given day. The experience of positive emotions on a typical day is largely unrelated to your income once you’re in that above-the-median sort of realm.”

Though Dunn admits that there is a ‘positive relationship between having more money and happiness,’ finding the end-all-be-all answer to the question is much more complicated than we’re perhaps capable of determining indefinitely — though we fully encourage treating yourself more in the New Year!

African Americans added big bucks to the U.S. travel and tourism economy in 2018

20 destinations that’ll be surprisingly cheaper to visit in 2019

What it costs to buy the ’12 Days of Christmas’ gifts

Fred Goldenberg: Resolve to help others this year | the BIZ
Scroll to top